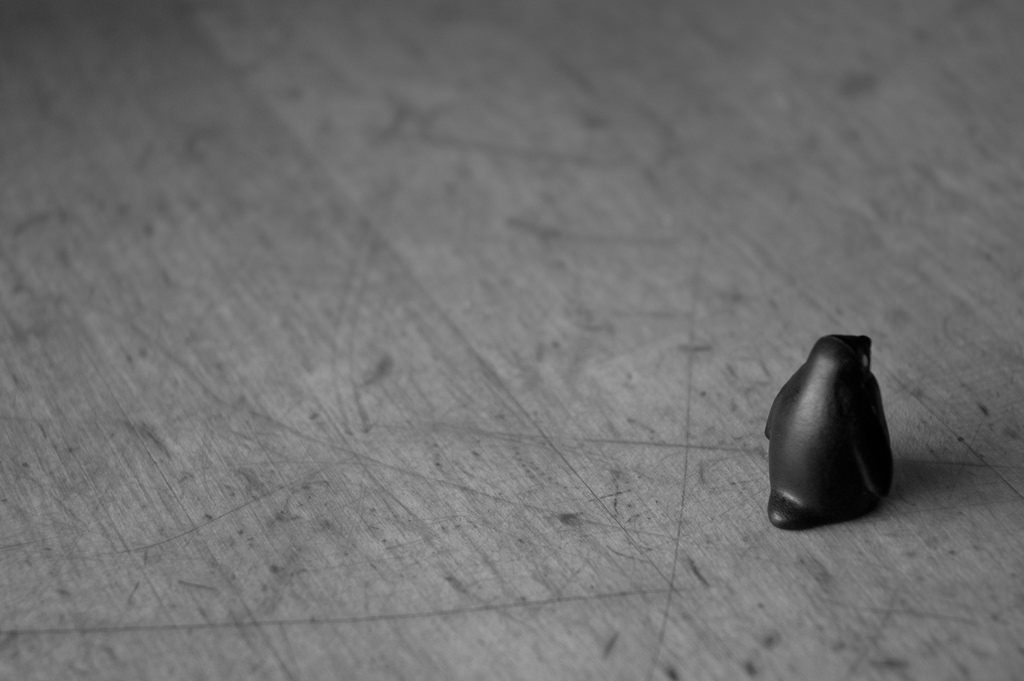 I’m recovering from the week that was #Domains17 and want to thank everyone from near and far that took the time to come to Oklahoma City and be a part of this conversation, particularly Jim, Tim, and Lauren from Reclaim Hosting who suggested OKC.

It’s likely that part of being an Oklahoman is wanting to be overly welcoming, inviting, and hospitable, given that there are few reasons most would find themselves in Oklahoma, a relatively small state in the middle of the country. There are a lot of events and conversations floating around in my head at the moment and I don’t plan to be able to remember all of them. Maybe it’s best to start with one of the first which was Tim, Lauren, Jim, and I were having a couple days before the conference started where Jim referenced the quote, “Small is beautiful.” I found multiple places to reference it across the conference.

Being a small conference (I believe we clocked in around 85 physical attendees and many more through Virtual Connecting and Twitter) gives you a lot of flexibility. You don’t need an incredibly large space, attendees feel approachable, and it’s easier to organize social outings. I certainly wanted to take advantage of the intimacy given that I was heavily motivated by the opportunity to introduce some wonderful people I’ve had the pleasure of getting to know  to each other. I tried to make three suggestions for the event which were 1.) be friendly 2.) shared widely and enthusiastically and 3.) inhabit the space. All were a futile attempt to appeal to both the extroverted and introverted natures that I equally possess myself. In essence, meet new people but also don’t be afraid to remove yourself from the programmed schedule in the event you need to recharge. I tried to give people permission to both choose to attend events from those they don’t know (in order to avoid simply building echo chambers) and to skip a session and do something else if they so chose.

Because my own way of reflecting on events runs through my blog, I’ve been both hesitant to immediately write and publish my own version and anxious to see others. Alan Levine called it a gathering and offered the hashtag #notaconference. Tim Klapdor refused to label it and instead called it “something new” where he felt “invigorated.” Brian Lamb called it a “thrill ride.”

Many people have commented that they don’t quite have the words to describe it and, personally, I like that. There’s something to be said about not quite being able to define something in the most perfect and concise words and learning to be okay with that. I was thankful that Martha Burtis in her DENSE keynote (listen to it here thanks to Grant Potter) gave people permission to embrace metaphor while also understanding the limitations of all metaphors.

Im struck more and more that in order to dive into these deeper waters of Domain of One’s Own we need to find language that lets us do so, and for me that’s the language of symbolism and metaphor and even poetry. (blog)

And not all of the metaphors have to be perfect (see: Jim Groom’s house) to be meaningful.

While I poke fun at Jim’s house analogy, I’ve come to realize more and more that these analogies, metaphors, and symbols are the way that we can come to teach the Web so that our students know it in the sense of recognizing it — distinguishing it, perceiving it in relation to those things already known. (blog)

Commenting on the event, Amy Collier wrote about belonging, saying that it “felt like I was at someone else’s party.” I had joked early on that inviting this many people to your hometown kind of feels like planning your wedding, but her perspective makes me rethink that analogy. It actually felt more like being the host and venue for someone else’s wedding. While it was rather hard to do, I felt the urge both before and during the conference to slip out of the limelight as much as possible and not present myself or draw too much attention away from such the opportunity to highlight the work of newer domains institutions.

Where do we go from here?

I was really thankful Jon Udell brought his perspective to Domains. As I’ve said before, he is on the short list of people whose passion can cut through some of the hairier technical sides of the web. The way he articulated annotation as not just an annotation service but a toolkit really spoke to me. His notes from his talk are definitely worth a read.

But, anyways, after lunch on day 2 he sat down with myself and Keegan Long-Wheeler and had a story and question. He said he had just talked to Heather Castillo, a dance professor from CSU-Channel Islands. She had told him she wasn’t a “tech-y” but wanted to show him her site. And Jon was so impressed with how she had culled together multiple tools like VoiceThread, Padlet, Populr, and Google Docs to meet her pedagogical needs. He was so impressed that he recommended that she speak at a future conference (agreed!) and then asked an excellent question: How do we teach people to do that?

It got at the heart of the question I was hoping to serve with the entirety of the conference. While DoOO certainly does rely heavily (almost too heavily) on a specific set of architecture, it’s always spoken more to me as a space to understand the networked web. Learning basic digital literacy like file structure, web servers, HTML, applications, content organization, (oh wait I realize I’m just reiterating one of Martha’s points so I’ll paste her words too)

What do students really learn when they learn how to fix the things they’ve broken on their domain? They learn a bit about how their site actually works. About the interplay perhaps between script files and databases. About how DNS functions (hopefully once they learn this they will teach it to me, because dammit if I know). Perhaps they will learn something about how a hacker can gain access to Web sites and why there is a burden on those of us who create on the Web to also secure what we create.

These are all the types of learning activities most edtech tools don’t care to serve. They are also the learning activities that are more difficult to teach. Which is likely why it’s easy to shy away from doing so. It’s much easier to hand out prepackaged applications prepopulated with sample content. I know this stuff is hard because we’ve struggled with “where to start” in our own shop and because I’ve talked to several institutions who also struggle with this. How do you teach people to “domains” (it’s a verb now) in the way Heather did? Not just the ability to find and discover tools, but understand how to build and weave together the various number of tools that will serve your need. You know it’s a tough question if is Jon was struggling with it as well.

A lot of the hope was that this conference could begin to build conversations for how we support each other in thinking through these issues. Some of the people I admire (Tom Woodward hijacks gravity forms to build full fledged web apps or how Alan Levine architects full learning environments) know how to do this really well in environments they are comfortable with (For Tom: Google Spreadsheets, For Alan: RSS). How great would it be if students where able to through this same learning environment (I’m starting to almost refuse to refer to it merely as technology) and engage with (insert your term here…problem solving/ computational thinking/digital citizenship) in a way in which they do work of equal or greater feats?

No conference/#notaconference/gathering can serve everybody’s needs perfectly on the first go around, and I look forward to the possibility of future opportunities to sink into this and many more hard questions. Hopefully this event laid the groundwork for a community of practice of institutions that equally want to engage in these questions and the environment wasn’t sensory overload to the point at which the event felt like slight of hand.

I’ll end by adding my own way of describing Domains17: it was the beginning of a conversation. As always, I’m always willing to chat with anyone about what we’re doing at OU so don’t be afraid to contact me.

Summer of Domains Love
On Liaisons

We Adopted a Dog

Finding Center: 10 Lessons I’ve Learned from the Left and the Right